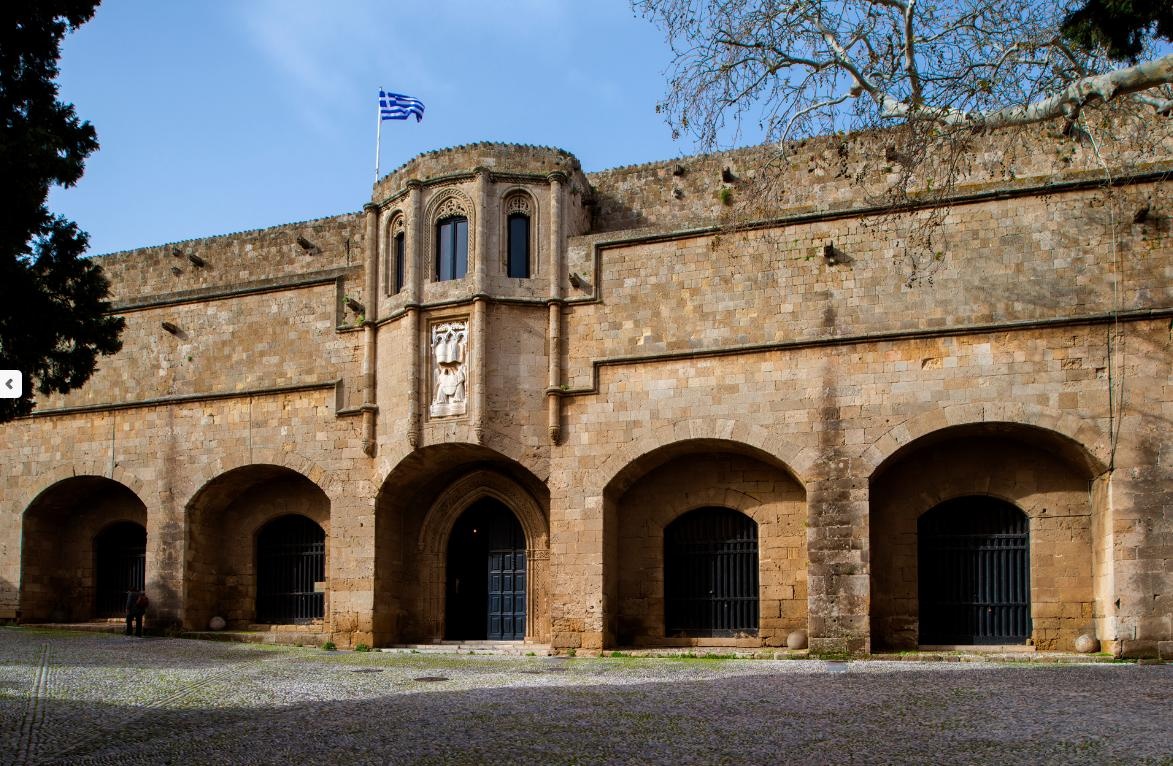 It is housed in the medieval building of the large hospital of the Knights.
Its construction began in 1440 by the Grand Master de Lastic, with money left by his predecessor Fluvian upon his death, but it was concluded 49 years later by the Grand Master D’ Aubusson.
It is a Gothic building with Renaissance elements. The building includes an indoor court, which is framed by a two-storey arcade. On the first floor there is the large patient room and the rooms of the modern archaeological collection. The permanent collection of the Archaeological Museum of Rhodes consists of findings of excavations in Rhodes and the Dodecanese, such as sculptures, pots, jewelery, small items and coins from the Geometrical until the Hellenistic Period.In the indoor court there is a sitting lion with a bull’s head on its feet, of a late Hellenistic period. In the grand patient room, embossed tombstones and knights’ emblems are displayed. Kouroi, the tombstone of Krito and Timarista of the 5th century from Kamiros, the statue of the nude Aphrodite, the colossal head of Helios, the small statue of bathing Aphrodite, the Roman portrait of poet Menandros are included among the great sculptures of the collection. At the garden of the Museum, large mosaics and two new collections are displayed: the epigraphic collection and the prehistoric collection, at the basement of the Villaragut and at the opposite building.