Palace of the Grand Master 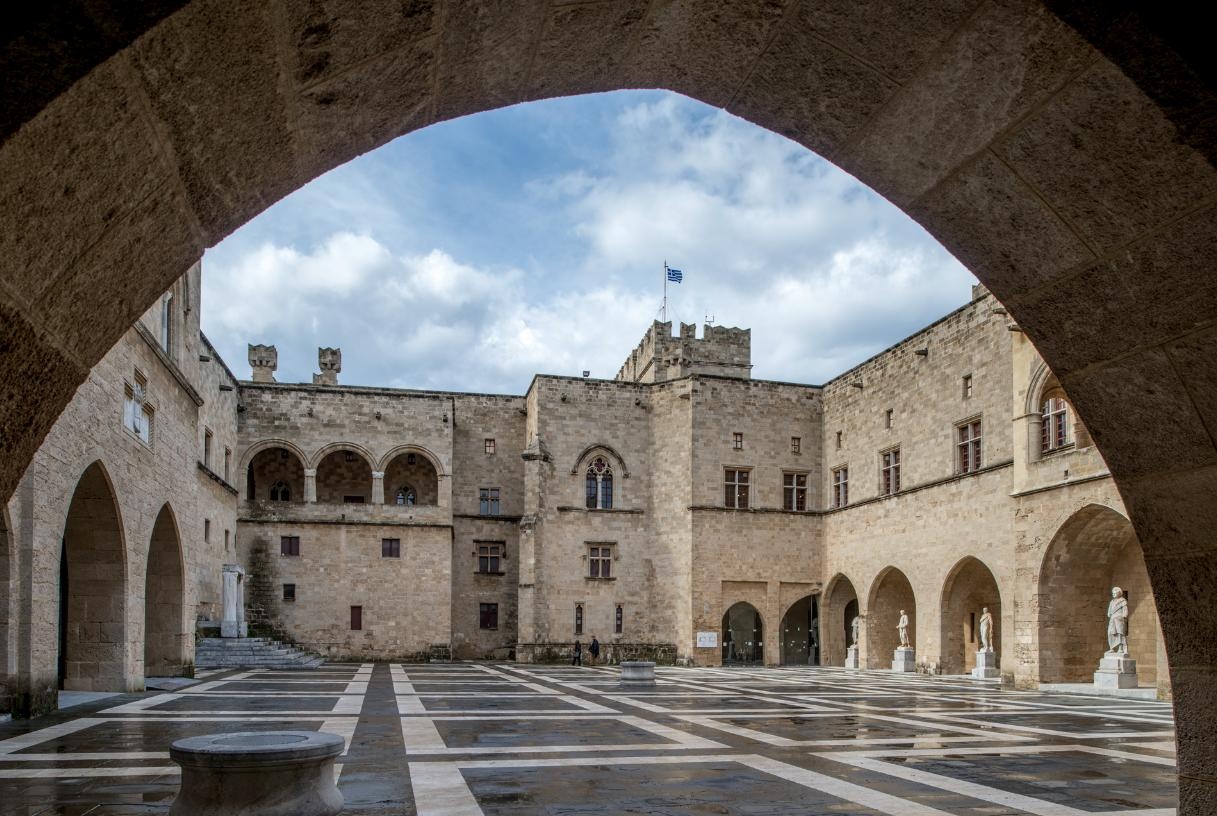 The palace, a rectangular building with an imposing main entrance leading to a central, outdoor court, was built on the position of the ancient Acropolis, where the temple of God Helios and the 7th century byzantine acropolis were located.
In the beginning of the 14th century, the knights of Saint John built the palace as the residence of the Grand Master, an administrative center of the city and a main part of the medieval fortification.
It was destroyed in 1856 by a large explosion of gunpowder, which was hidden in the basements of the adjacent church of Saint John.
The palace was reconstructed during the Italian occupation, in the 1930s and took its current layout, and became the command post, but also the residence of the Italian commander.
The layout included the transfer and placement in the chambers of the palace of remarkable floor mosaics of the late Hellenistic period from Kos. Pillars and chapiters, medieval furniture, mirrors, paintings, candle holders, and other items complete the decoration of the imposing building.
Two permanent exhibitions are hosted in the ground floor of the building. The first one is on ancient Rhodes and it is entitled “Rhodes: 2400 years”, exhibiting findings from the establishment and the prime of the Hellenistic city. The second exhibition “Rhodes from the Early-Christian Period until the Turkish occupation (1522)” illustrates medieval Rhodes, with pottery, sculptures, removed frescoes and portable icons.