The Acropolis of Rhodes 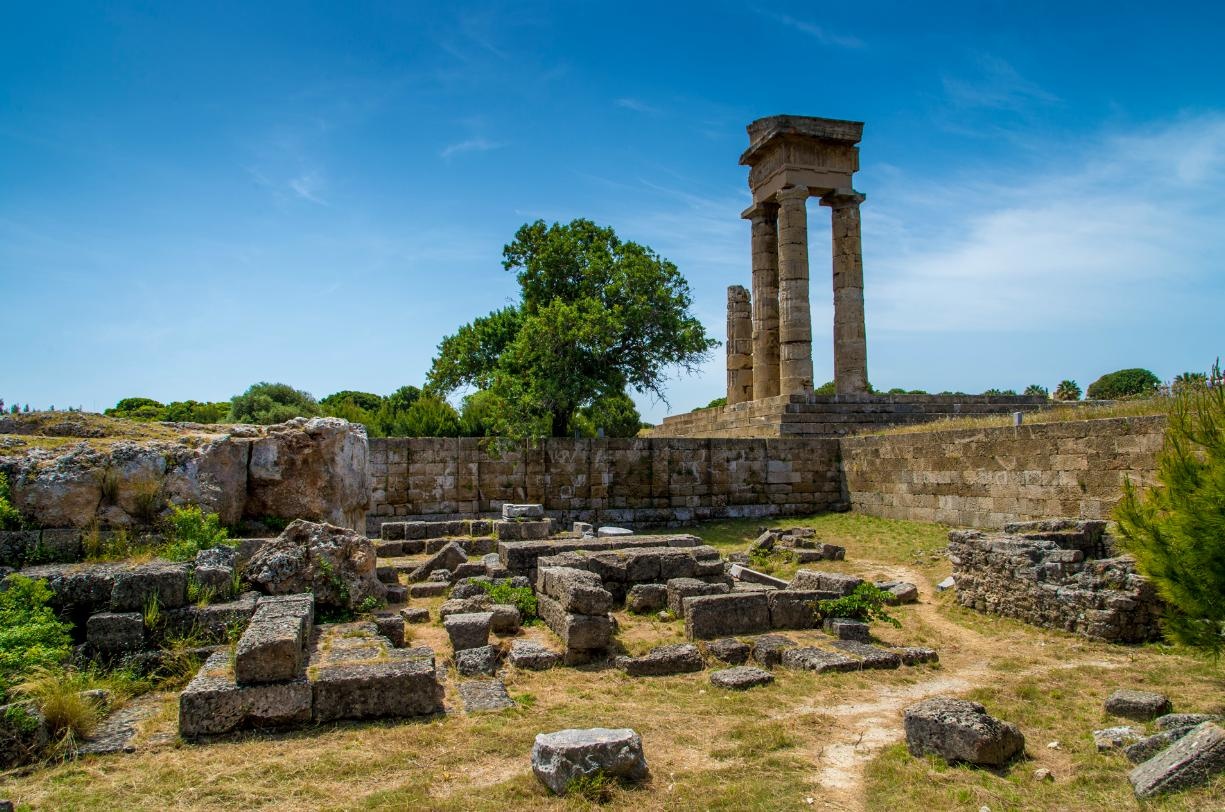 The acropolis of Rhodes was located at the western and highest part of the city.
It was not fortified, as was the case with old acropolises, but it constituted a monumental zone with sanctuaries, large temples, public buildings and underground sites of worship. It was abundant in fields and woods, according to the description of orator Aelius Aristides (2nd century AD).
The monuments of the acropolis date back to the Hellenistic and late Hellenistic period.
The buildings were built in a staggered manner at different levels on specially-formed terraces, with strong retaining walls. The spirit of Hellenistic architecture in the acropolis of Rhodes is perfectly expressed through the combination of natural beauty with artificial interventions.
The first excavations were carried out during the Italian occupation of the island (1912-1945).
From 1946 onwards, the Greek Archaeological Service has carried out excavations and has conducted maintenance works at the site of the Temple of Pythian Apollo, which sustained large damages from the 2nd World War bombardments, and because of the weight of the cannons that had been placed there. In 1996 renovation works began on the Temple itself and the Nymphaeums.
The acropolis has yet to be fully excavated. There is an archaeological zone of about 309 acres that has been excluded from modern construction, with a view to the continuation of excavations for the purpose of revealing the brilliant ancient city of Rhodes