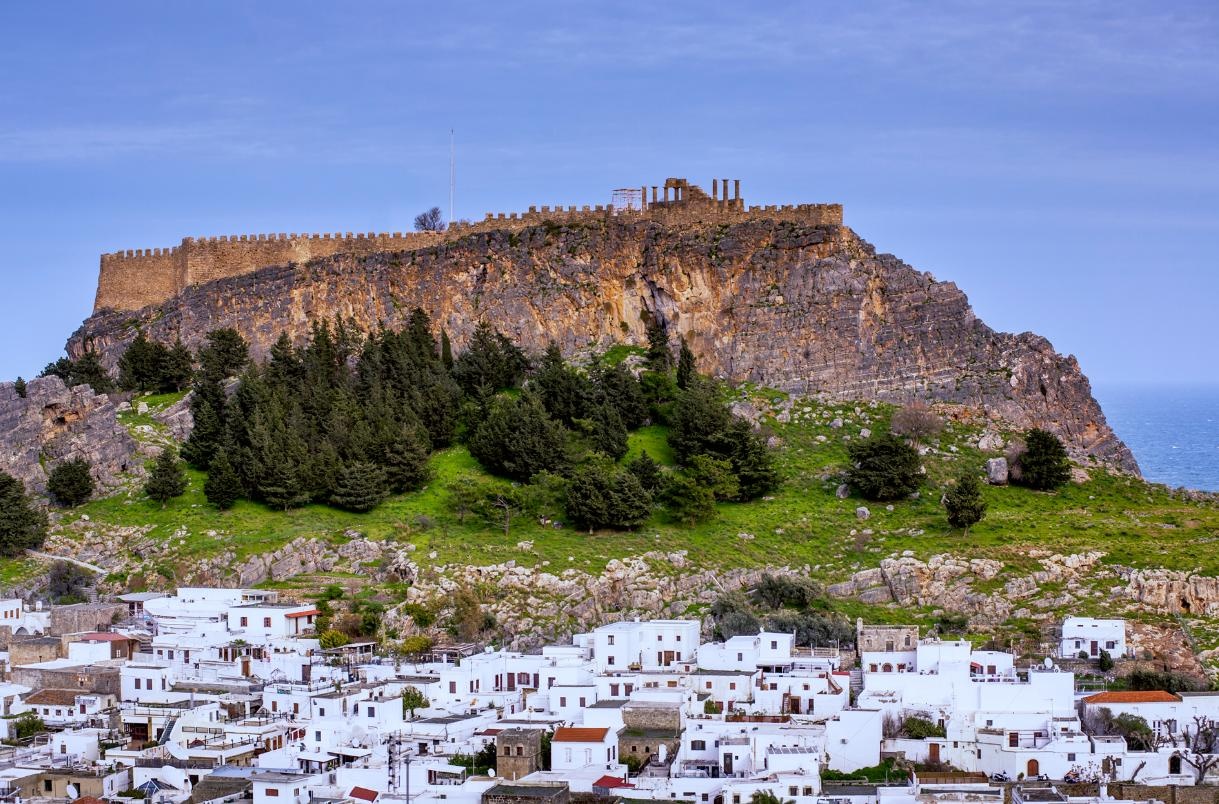 The coastal settlement of Lindos is located at the southeastern side of the island, 55 kilometers away from the city of Rhodes.
The ancient city was built on the position of the currently existing village, between the acropolis and the Cape of Krana.
According to the tradition, it was built by the Danaides, the 50 daughters of Danaos, the renowned hero of the Argians, who built a temple of Athena in Lindos upon entering the island, originating from Egypt, where they lived. The hero Danaos had resorted to Egypt, to escape from the jealousy of goddess Hera.
The period of the highest prime of the city is the Archaic Period (7th – 6th century BC).
The acropolis of Lindos had always been the center of the life of the settlement. Prehistoric remains indicate the existence of life at the site already since the Neolithic Period.
The worship of Goddess Athena must have been established in the acropolis in the 9th century BC, during the Geometric Period.
The archaic temple of Athena was constructed in the acropolis in the 6th century BC, when tyrant Kleovoulos, one of the seven wise men of ancient Greece, dominates Lindos. Her renowned temple remained a worship center throughout the Hellenistic and the Roman Period. Then, the site became a safe shelter, as a fortified acropolis with permanent guard during the Knights’ Period.
Excavations in Lindos were carried out during 1900-1914 by Carlsberg foundation of Denmark. All the monuments of the acropolis, as well as the necropolis of Lindos, which extends on the surrounding hills, were revealed. The Ministry of Culture has concluded the restoration of the acropolis.