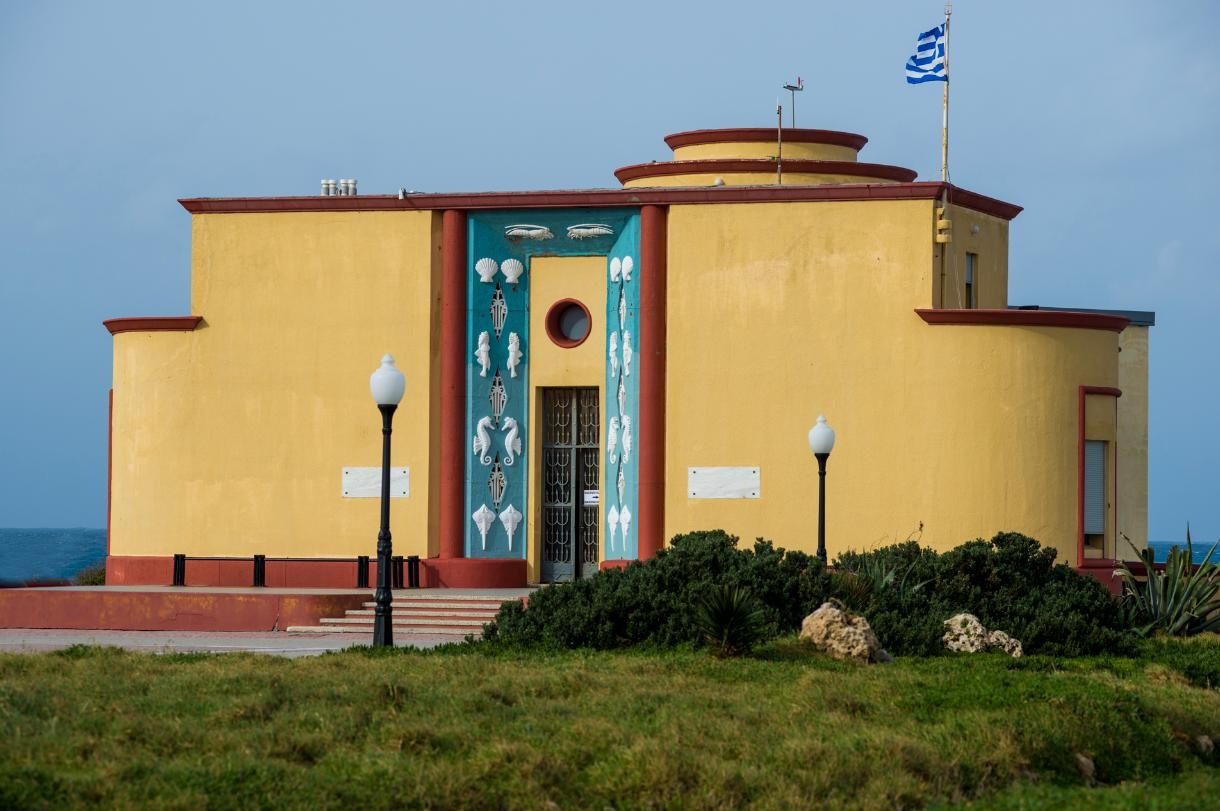 It is on the southern edge of the island.
The building, listed by the Ministry of Culture as a historical preservable monument, was constructed during the Italian occupation in the years 1934-1937, based on designs of architect Armando Bernabiti, with sturdy arched forms, typical of the international style. The entrance door is decorated with patterns inspired from the sea world.
Since the integration of the Dodecanese in the Greek state, it has operated under the supervision of the Athens Academy as a Hydro-biological Institute.
Since 1963 it has being operating as an aquarium and museum under the name Hydro-biological Station of Rhodes and as a research unit in the Mediterranean.
It is active in the research of the oceanographic science in the Aegean and the Mediterranean, the study of endangered species, the cooperation with research centers in Greece and abroad, and the organization of lectures and seminars on knowledge and protection of the marine environment.
The aquarium represents a submarine cave with limestone corridors, decorated with natural seashells, which gives visitors the impression of being underneath the sea surface.