The Museum of Modern Greek Art 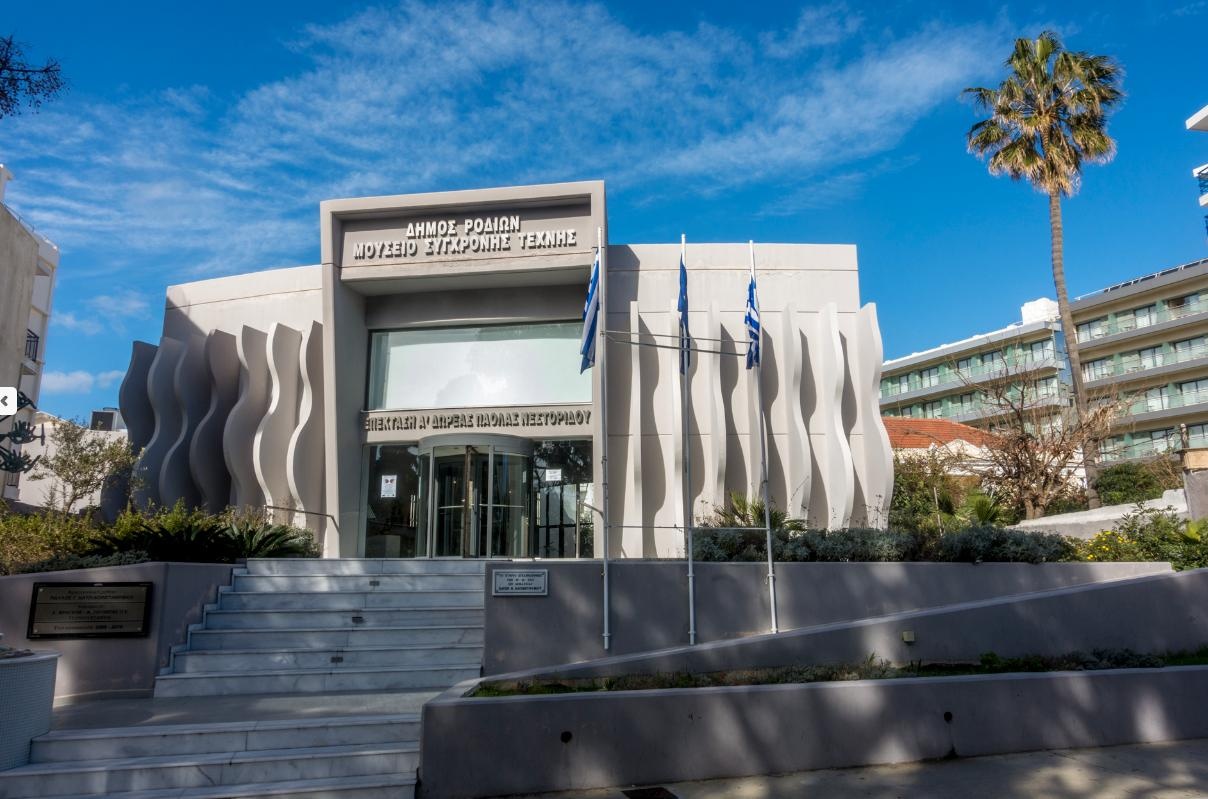 It was founded as a Municipal Art Gallery in 1964, after a significant project implemented by Andreas Ioannou, the then prefect of the Dodecanese.
Its collections of paintings and engravings fully represent the 20th century Greek art and its distinguished artists, with works classified among the most important works of their time.
Among the objectives of the Museum of Modern Greek Art is to obtain, study, preserve, exhibit and promote the works of visual arts which have been created in the Greek cultural space, especially after the foundation of the modern Greek state in 1832.
It organizes exhibitions, tours, lecture cycles, educational programs, it issues art catalogs and educational books and cd-roms for children.
It initially housed its collections in a preservable historical building, at Symis Square, in the Medieval city. Today this building – Municipal Art Gallery Andreas Ioannou – houses the permanent exhibition of engravings and hosts exhibitions of renowned Greek artists.
From 2000 onwards the Museum has been using the building of “Palaio Syssitio”, situated in Socratous Street, in the Medieval city, as its exhibition hall for temporary exhibitions of new artists.
In 2002 the Museum acquired the Nestoridio Melathro, a donation of Ioannis and Paola Nestoridis, which houses permanent exhibitions.
Since 2010, temporary exhibitions, scientific events and talks have been hosted at the New Wing, on the eastern side of Nestoridio Melathro.