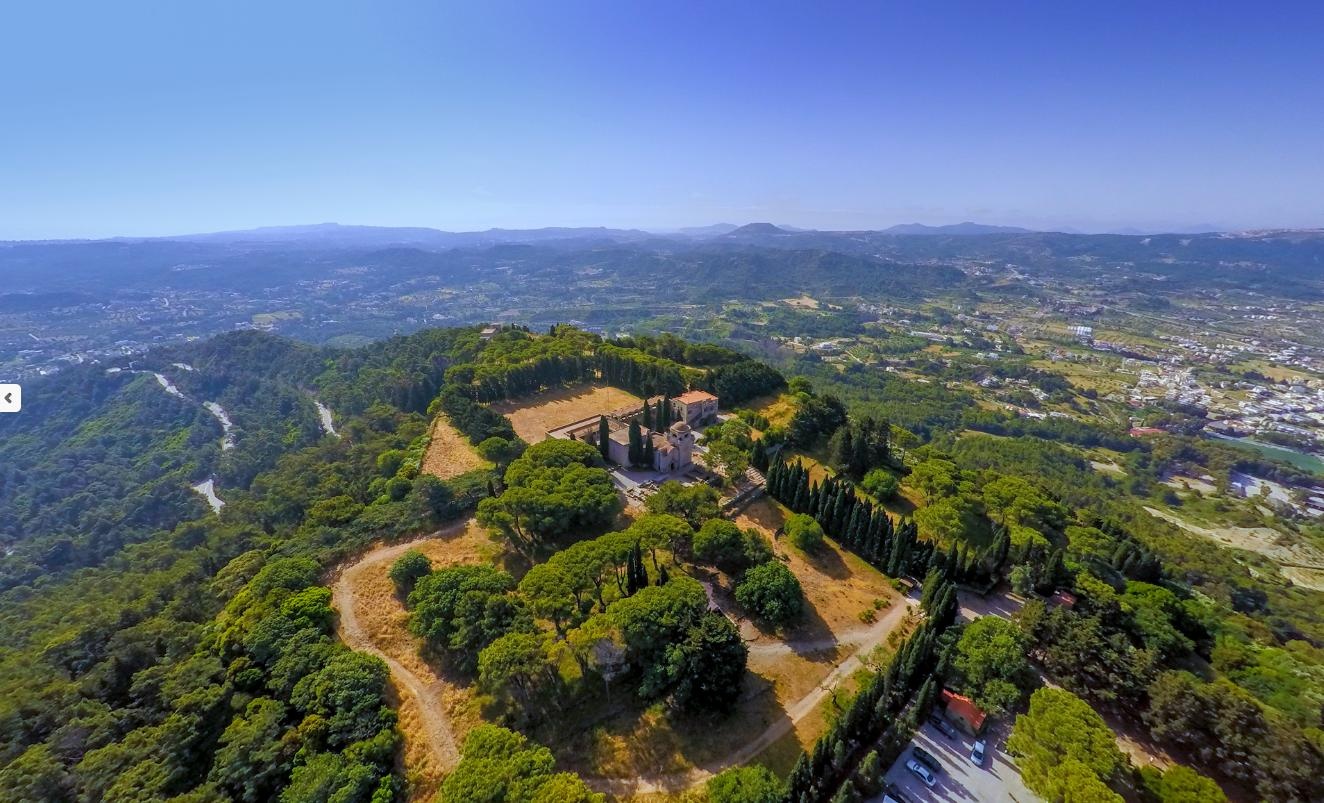 The area of Ialysia occupies the north-most part of the island, already inhabited since the Prehistoric Period, as evidenced by the remains of a Minoan settlement at the village Trianda and the Mycenaean cemeteries on the hills Makria Vounara and Moschou Vounara.
The ancient city of Ialysos lies around the hill Filerimos, where the acropolis is situated. The temple of Athena Polias dates back to the 3rd-2nd century BC, built on the site of an older 5th century BC temple. Inscriptions also refer to the worship of Zeus Polieas.
On the side of the hill there is a Doric fountain with six pillars (4th century BC).
In the Early Christian Period (5th-6th century AD), a three-aisled basilica with a patio is founded on the ancient temple, from which today only the cruciform baptistery is preserved.
During the Francocracy period, this position is occupied by the Gothic church of Panagia and a medieval monastery, dedicated to Zoodochos Pigi (Life-giving Spring).
The icon of Panagia of Filerimos was the most sacred artifact of the Knights’ Order, it was called “Panagia Kecharitomeni” and it is said that it was created by Saint Lucas the Evangelist. After a long and large tour in many countries, the icon has been kept in the Blue Chapel of the National Museum of Montenegro since 2002. Here there is a copy of the icon, a gift from the Metropolis of Montenegro.
At a lower level from the monastery there is the underground single-space Byzantine church of Saint George of Chostos, with 14th-15th century frescoes depicting knights.
The so-called Golgothas, a stone-paved corridor with twelve copperplates on pedestals, representing the Passion of the Christ, starts right across the entrance. The route ends at a 17.80 high cross, with an internal staircase, which gives access to the horizontal soffit with a magnificent panoramic view.