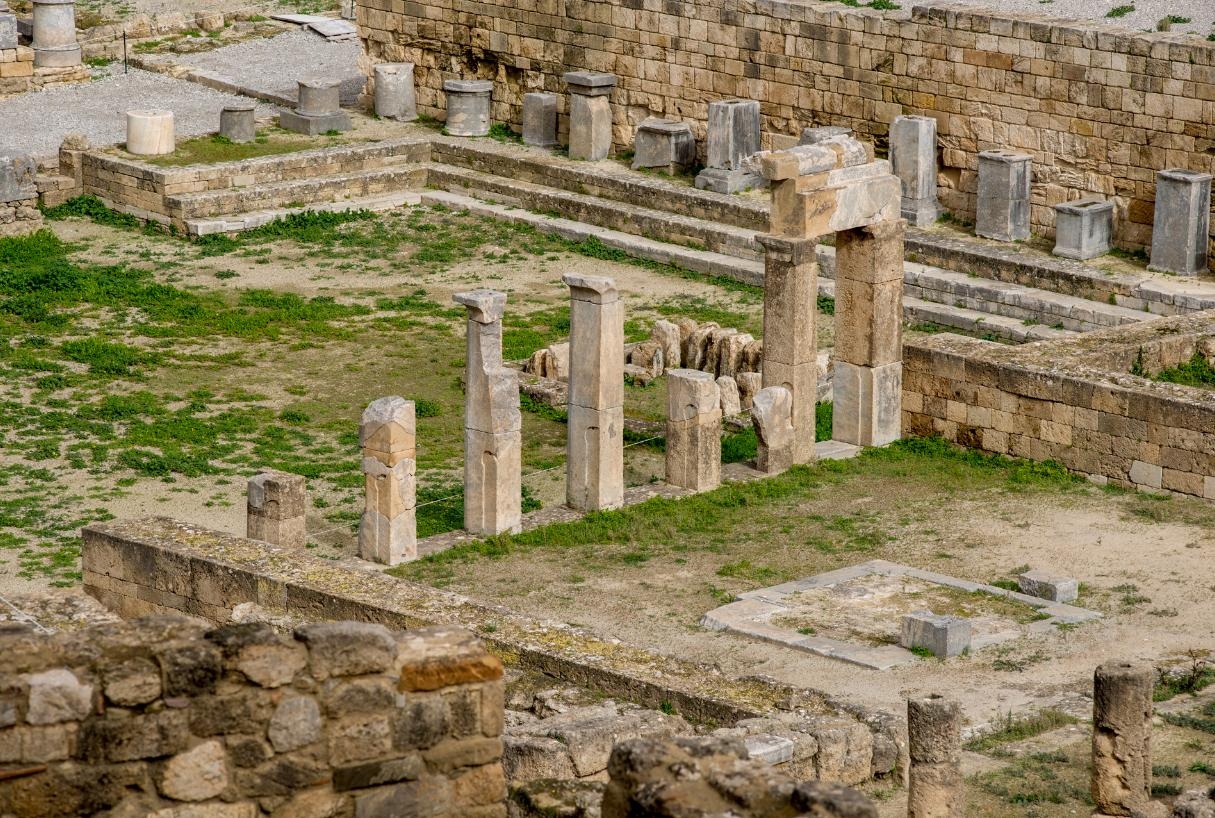 The broader area, Kamirida, at the western and central part of the island, was inhabited during the Mycenaean Period.
Kamiros, along with Lindos and Ialysos, was one of the three city-states which, according to Homer, were built by the Dorians who settled in Rhodes.
The Archaic Period (680-480 BC) was a period of prime for Kamiros. The first temple of Athena is built on the acropolis, it acquires commercial relations with Greece, Minor Asia and Southeast Mediterranean, and it coins its own currency, whose symbol is the fig leaf.
In classical times, Kamiros, as well as the other two city-states of the island, participated in the 1st Athenian League.
In 412 BC, during the Peloponnesian war, Ialysios Dorieus, son of the renowned Olympic champion Diagoras, disembarks on the coasts of Kamiros along with the Spartan fleet, and convinces the Rhodians to unite in a single state. The settlements of inhabitants from all three old city-states will be transferred to the city of Rhodes, yet without them ceasing to be inhabited.
At the archaeological site one can still see the ruins of the Hellenistic/Roman city, which is built amphitheatrically on a side with sea view, parts of houses and buildings, the Ancient Market, the Doric temple and a few arches, the central street of the city, the ruins of the aqueduct, and traces from the Temple of Athena.
One of the most important works of the Rhodian sculpture of the Hellenistic Period, the headstone of Kritous and Timaristas, was found in the cemetery of Makry Langoni.