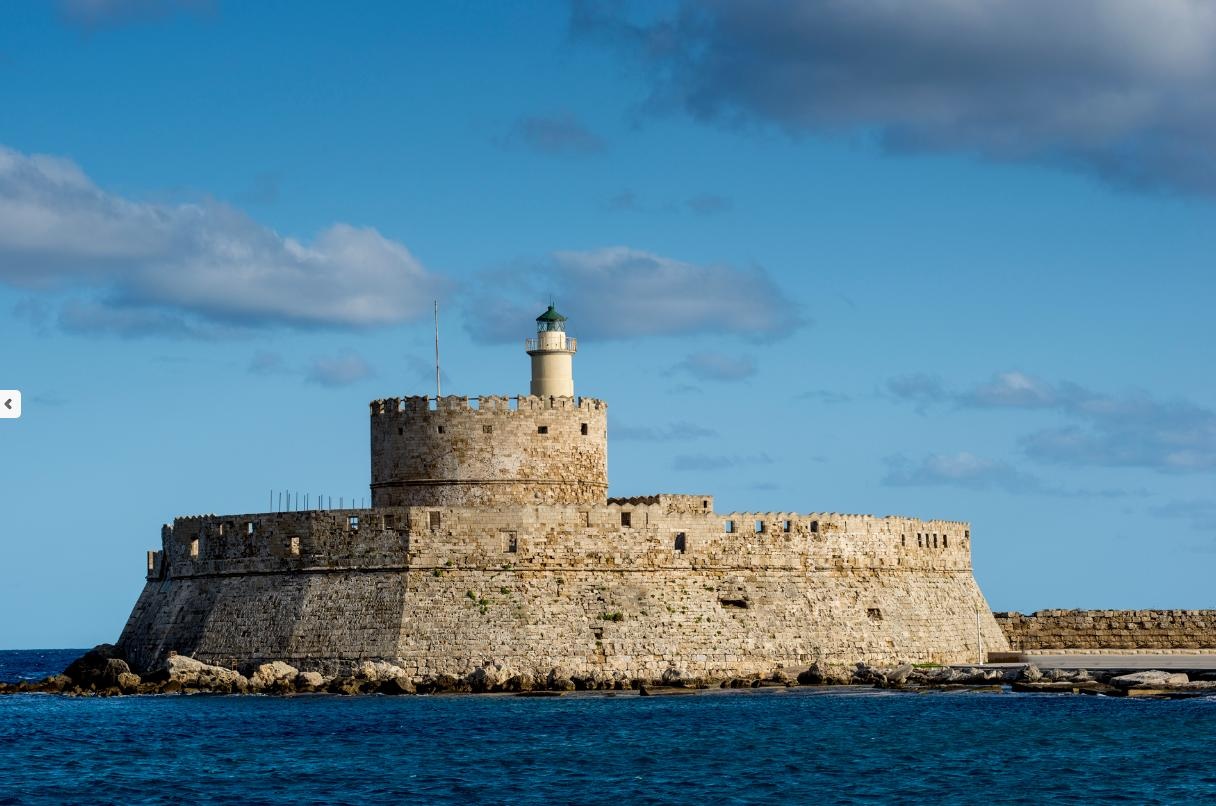 Mandraki port was the war port of Rhodes throughout the Hellenistic and medieval era. St. Nicholas’ Tower stands on the north end of the ancient mole. The fortress was built in 1464-67 by Grand Master P. R. Zacosta. It comprises a central cylindrical tower with the relief of St Nicholas high up on the east side. After the first ottoman siege in 1480 the Grand Master P. d’Aubuson encircled it with a fosse and a polygonal bastion with external escarp. The tower was the object of vicious ottoman assaults during both sieges because of its important defensive position.
In 1496 the mole of St Nicholas had at least three windmills, which still stand today.